Things didn't go as planned over the holiday break. I had an absolute awesome C-mas break, but riding wise didn't get done what I needed.

Friday was off, Saturday was off, and I finally managed to get back on the bike last night. It was on the trainer though, not 3 hours of gravel like I was hoping. We didn't get back home till 6, and we still had a ton of shit to do.

I managed an hour on the trainer though, followed by a short super secrete training circuit. The hour was pretty damn hard though. I had Eric's trainer, not my easy peazy bullshit trainer. I do cadence work on mine, but I maxed his out and did power time last night. I'm slating it as a 20 mile road ride. It was definently as hard if not harder than hitting the road for an hour.

By Hell Week I mean that this week will be hell. Let's just say 300 miles is the goal. Well now I only have 280 to go, and 5 days to get it done. Welcome to Hell my little buddies.

Some weekends end up just like you'd planned, and sometimes not so much. This last weekend was pretty good.

Two good gravel rides Friday and Saturday, and a botched ride at Landahl, followed by an hour or so at Swope. Wasn't the 4 hours I was looking for, but my legs weren't feeling the greatest and it never really worked out. I got to ride though, and Swope is just about as close to perfect as it gets right now.

I do have one issue with Swope though, there's no damn toilets. Whats a man to do when he has to drop a duece? The leaves are crumply right now you know.

Buy parts for the new build up come February. How about seatpost options? I like Thomson's, but I'm going after a sub 23 pound build so I have to be selective on weight. I've thought about carbon, but not sure if it'll last under my ass. Any suggestions on stong light seatposts? I'm pretty sure I'm going with a Truvative Stylo bar, but won't know the stem until I get the bike in my hands and can play with different stem lengths. Also still up on the air on seats. I'm after a sub 150 gram seat with a 140+ width. They're out there...

Tires? I'm pretty sure I'm going to start on some Renegades. Really wanna try those out. Wheels are coming, brakes are ordered, and the cranks will likely be S-works. I'm pretty sure that covers it. 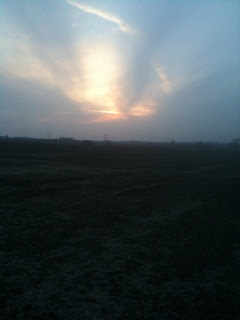 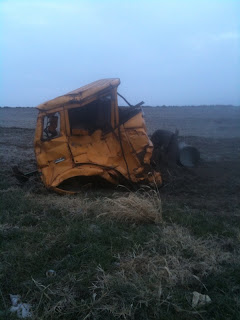 Posted by Garet Steinmetz AKA G-Wiz at 12:32 PM No comments:

We Need One of These

Anyone have any ideas on how we get it started?

Yesterday was the second weekly installment of the Sunday Sundown ride at Landahl. Just a little thing I decided to start doing. Meet at 12:30, and ride till sunset.

Landahl was beautiful yesterday, and I couldn't have picked better riding partners. Trav, Jessie, Kevin, and Shawn met me, but unfortunatly they didn't stick around till the end.

Kevin had to leave early to head to the great state of Colorado. The rest of us finished up riding everything, along with multiple trips up the connector to the cars, and we rode the tasty connector twice, and only did the loop once.

The rest of the boys left, and I set back out and rode everything but Tasty again, which included in order Wills to Family down Daves and through Rim back up to the car. All in all a wonderful ride on snow. Speaking of which the snow was perfect. Just enough to classify it as a snow ride, but not enough to make it boggy. The rocks were slick but it made it more interesting. I only went down once, and it was a pretty stupid little bobble. Travis got a good laugh out of it though.

I felt good pushing the 34x18 on my Stumpy 29er. I'm really excited about building some massive power this winter on my SS and transfering that over into next season when I'll have 10 gears to play with and a double boinger to play on. My goal is to get to where I'm able to push a 34x17 gear on my Stumpy for 4+ hours.

Speaking of which, I'm in the process of getting the last few parts for the new stead. It's looking to be an awesome build, and I'm really interested to get the final weight when it's all said and done. What I'm guessing is a sub 23 pound double boinger 29er, with a 1x10 XX gearset. The biggest advantage of this new bike will be the wheelset. 1400 grams of carbon goodness! Match that with some 500 gram tires and I'll be looking at loosing well over half a pound per wheel over my last years racing wheelset.

Speaking of which I have a set of Ellsworth 29er wheels for sale. Super sweet wheelset. 1600 grams, blingy silver metallic hubs with oversized bearing. I'll start my price at $400. The retail is $900 I believe. I'll have them trued although they don't really need it.

That's all for now folks!

G
Posted by Garet Steinmetz AKA G-Wiz at 10:50 AM No comments:

This weekend Snow Creek opens. A couple of buddies and myself are going to go hang out. I bought a season pass last winter so I might as well use it. I'm going for my 50/50's to 180's off, 360's off hips, boardslides, and getting my grabs back. Nothing like the first session of the year to bring back the skills.

I'm riding bikes all weekend too, starting with a nice road ride today. I'm taking off work a little early. It's too damn nice outside and I've worked my tail off this week. I haven't ridden since Sunday. Needed some days to recover. Today will be chill, and I imagine Sunday we'll go tear up Landahl for multiple hours.

Jamie and I have the weekend off, and we don't have shit planned! It's great... It won't last long though, XMAS season is right around the corner. 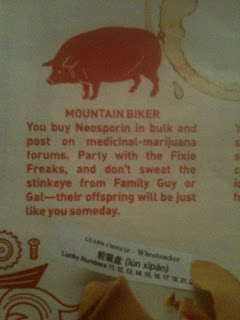 I'm so sick of people judging MTBKRS, and calling us potheads. That's just ridiculous. I mean, really, where would they get that idea? 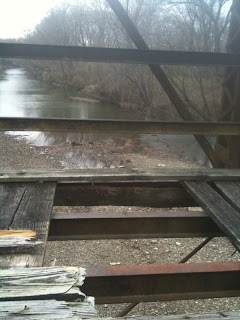 This bridge was nicer to me than the last.
Posted by Garet Steinmetz AKA G-Wiz at 11:14 AM No comments:

Life is a funny thing. We really do take it for granted. Like all the time. Think about it, whens the last time you sat you butt in the dirt, sat quietly, and took in everything you have to be gracious for? I do it frequently.

Life is too short... Not many people understand that fully until they've come close to the end, or have had the unpleasent experience of loosing a close loved one unexpected. You really should get close to your guardian angel, mine is my best friend.

Almost on a daily basis we put ourselves in postitions that, if suddenly switched to worst case, can mean big consequences. Think about mountain biking. We really do put alot of faith in our skills. If it weren't for our abilities, one bad turn could end up in bad news.

Not to be a Debbie downer, but in the mist of fun and great times, don't forget what you truely have. It could be gone tommorow. Take todays ride and make it the best of your life. Every ride should be that way.

I'll leave you with images of a couple of awesome weeks of riding. 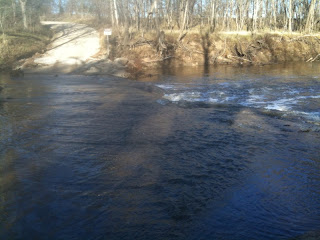 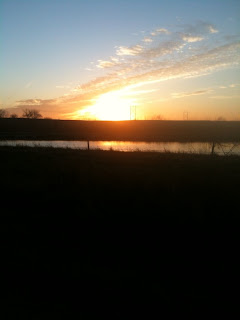 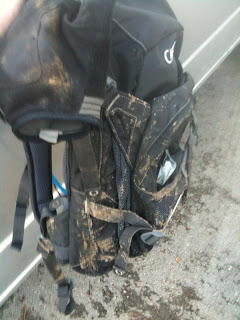 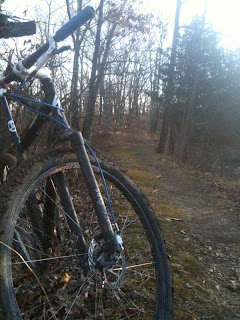 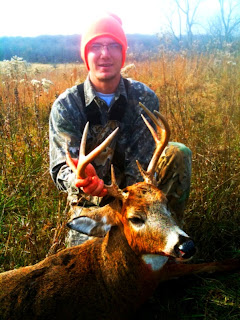 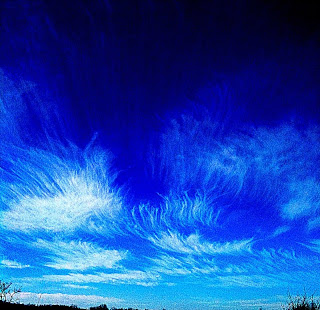 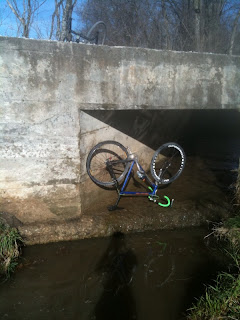 Posted by Garet Steinmetz AKA G-Wiz at 10:42 AM No comments: